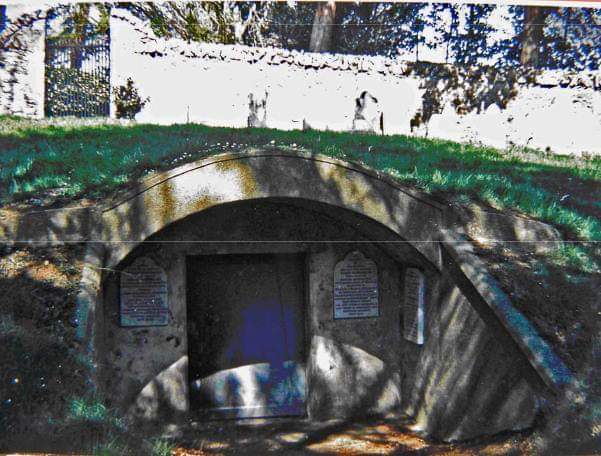 This small private cemetery is entered from Brennanstown Road, Cabinteely, up a grassy laneway with a locked gate. It is across the road from Egypt House, and beside some cottages on the same side as Glendruid House and Barrington Tower.

The Barringtons, a Quaker family, were soap and candle chandlers with premises at Great Britain Street, Dublin. In 1808, John Barrington bought an estate of 126 acres at Cabinteely and built “Glendruid” House there, a reference to the Dolmen further up the glen on his property. *

He died in 1824, and was buried at Tully churchyard. In 1857, his son Edward made this private cemetery, including a vault. The remains of his father, John, and three of his children were removed from Tully to the new cemetery. Subsequently, Margaret, widow of John and the rest of their children, also several grandchildren and great-grandchildren, were buried at Glendruid.

This site on Brennanstown Road is currently for sale for €35 million.