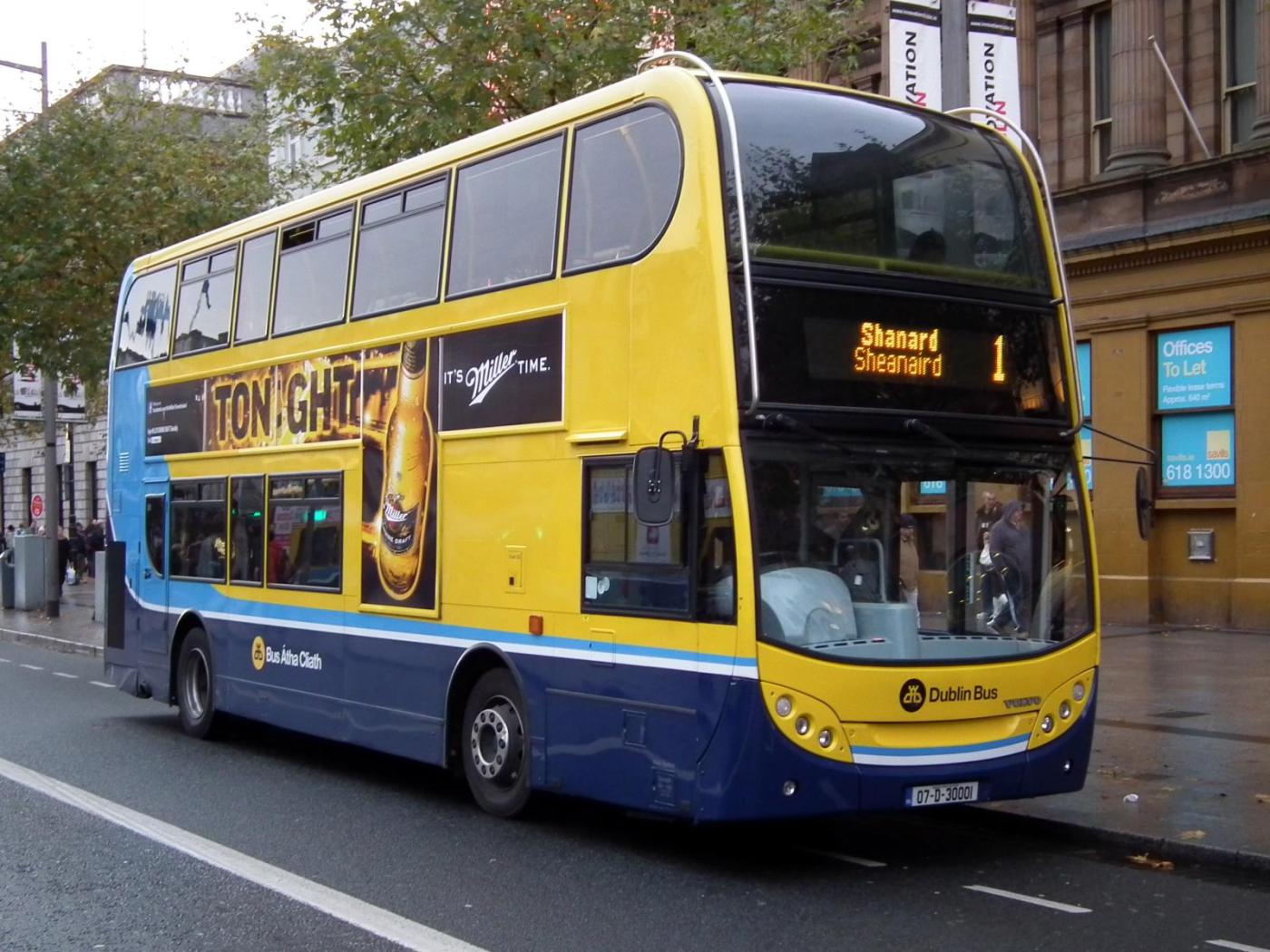 Dublin Bus have confirmed to Cllr Ossian Smyth that a new route will serve Cabinteely. The 155 route will operate every 20 minutes, every day between Bray DART Station and Ikea Ballymun via the city centre. The service will provide additional capacity on the N11 corridor.

Full details of the service, including timetables to be operated will be announced well in advance of the the date of implementation, which is planned for no later than early March. 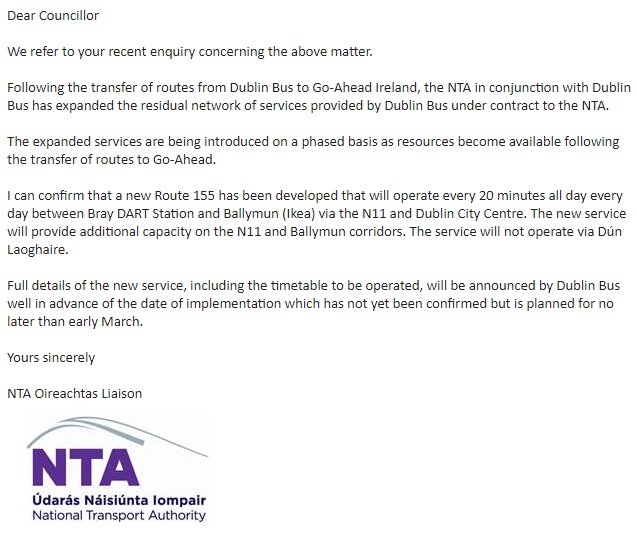